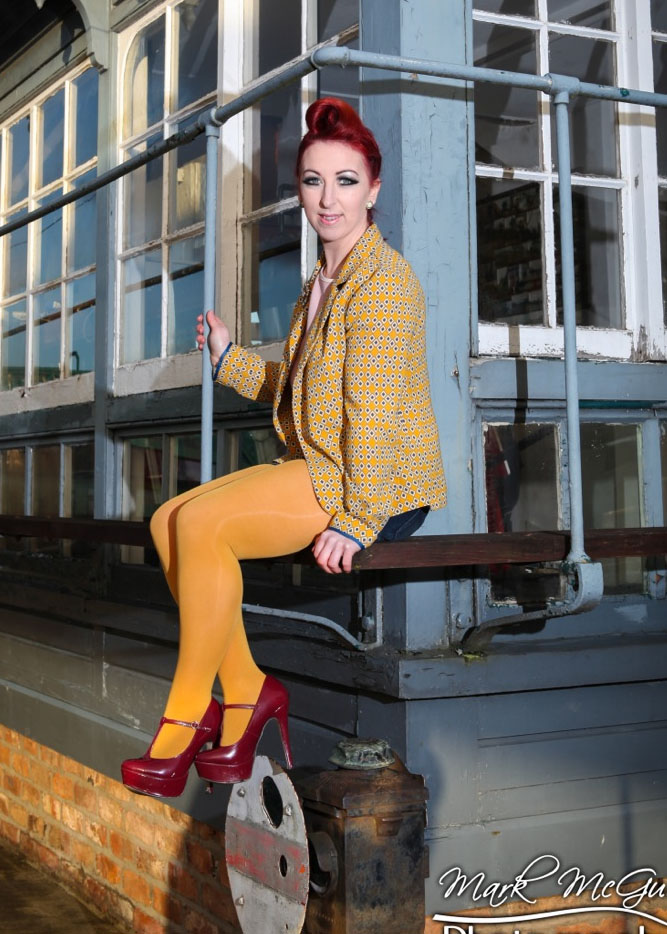 We caught up with Sinead McNally who has been steadily working on building her sound and her profile on the music scene over the past few years.

Q. You were a teacher but decided to resign to make a living at music. First question . Are you mad?

A. I regularly get people saying "oh that's very brave" when they probably mean something else altogether. I totally agree with them but I am a very stubborn and determined person and one way or another I will make that decision to resign pay off. Plus, I wake up every day excited about doing what I love to do. That's a success in itself.

Q. How was the experience of 'You're A Star' and did that spur you on to going full time in the music business?

A. Not really. If anything it taught me that a TV show that is built around a musical concept is certainly entertaining but apart from that, it has nothing really to do with the music 'business'.

Q. Tell us about your approach to songwriting?

A. I don't really have a routine or a sequence of events that I stick with. Sometimes I just need to write a song, such is the power of the emotion behind it that I need to deal with. Other times, I am given a brief or I give myself one and I write the song based on experience and knowledge of songwriting techniques. I guess you could say that sometimes it's deliberate and processed and other times it's spontaneous and more of an adventure. 'Nearly Christmas' was the first and 'My Silent Night' was the latter to give an example of each. Every time I write a song, I generally want it to be better than the last one. I also prefer to write alone. I used to think that was a weakness or a socialising problem I had :) but when I read Diane Warren say exactly the same thing, I realised that's just how it works for some songwriters and not collaborating isn't something to be concerned about.

Q. What has your experience been like working at the studios?

A. Over the years, I have dipped in and out of many studios, it can take time to find one that really suits you as an artist. The key thing for me is that the person doing the engineering/technology side of it is equally talented as a musician and producer and finding all three components is like striking gold. I did my very first single at Jam Studios and another 8 more since then. Need I say anymore!

Q. How have you handled not having a working band when coming to studio?

A. Not having a band with me was a concern at the start, but the fact that Martin plays so many instruments at such a high standard meant that I never had to worry about recreating a full band performance. Having one of the best drummers in the country, Andrew Quinn, on call to lay down drum tracks also meant that not only was the job done well but it was done with very experienced and creative musicians who actually added to the production of the track. It also reduces time spent trying to rehearse with musicians ahead of recording and of course cut down on my costs!

Q. Describe the process of coming into JAM studios and working on tracks with Martin?

A. Generally after a nice wee cuppa and a chat, the first stage is to make a rough guide of the track which gives you a chance to work on structure, the builds/dips in the song, the length,which of course is SO important if you are producing it as a radio track. When you have that done, it's a case of looking into the style and vibe of the track, maybe referencing other acts, sounds, genres etc, which I'd advise people to have notes and ideas made out beforehand too. From there its a case of layering the instruments, starting with drum tracks and building it all from there up.

Q. Do you have a finished product in your mind or does the final product often surprise you?

A. In the case of 'Nearly Christmas', I knew what I wanted the finished product to sound like and Martin produced exactly that. Other times, I know it's going to be a case of trying things out, asking the guys in the studio to give feedback and ideas and through that process, you often find yourself with something well beyond the original idea. When it leads to something unexpected, there is a lovely buzz of creativity and originality about it!

Q. You've been inventive in trying to promote your music. Tell us about some of those endeavors ?

A. When I got a job by pot luck in a marketing and advertising agency years ago before I was teaching, I learned a huge amount about competition and 'thinking outside the box'. I have approached every single and release with that strategy. The music alone is not going to make you known. In fact the music comes after the buzz that you create for yourself. When I was planning the release of my debut EP '10,000', I knew I needed something that stood out from the crowd so I used the title '10,000' as a project title as well as the EP title, taken from a Thomas Edison quote and I built a massive project around it. '10,000' stood for not just 5 tracks on an EP but a marketing campaign, a PR stunt and most importantly of all, a marker to measure the overall success of the project. I have also tried to be very topical and fresh when promoting each release. Give people something to write about, something to talk about that is interesting. Very often, it's not something to do with the music you have produced but how creative you can be in delivering that music to the public.

Q. Your a songwriter who is not afraid to try different things, but Martin works with you through all of those styles?

A. When I started out, my sound was quite clean and I wanted to produce a good, solid 'pop/rock' sound and Martin made that happen. Over time as my sound changed and matured, I dipped in and out of different styles and genres. Martin has an incredible amount of musical knowledge and knows exactly how to achieve what I have imagined in my head. On one track, he suggested using a live string section for one of my songs and he scored and arranged the music for the string section as well as hiring them in and recording them for me. He also played a huge part in developing my sound and in making the transition from quite a clean production into a much grittier sound. It is no bother to Martin to handle completely different styles of music. And that's on top of playing and writing music for the other instruments.

Q. What makes you return to do more tracks?

A. Besides top class equipment I'd have to say Martin's professionalism and talent - not just as a musician but as a producer and engineer. He is extremely talented and can spot little glitches that most people wouldn't hear. He is also a perfectionist and expects the best from the artist and from himself on every production. He doesn't just manage the recording, setting up the gear etc. He gets completely involved in the track, making sure it's the best it can be. He will suggest harmonies if you need them, quirky little features that you might never have heard of before. In fact, at the last recording session, he suggested I whisper spoken words into the mic backwards and then he reversed those recordings again creating a really fresh sound, something that was a lot of fun to do and something that sat on the track absolutely perfectly. And you can be sure that whatever type of instrumentalist you want on your track, Martin will know someone who can step in to do the job if he can't! Working with Martin is very enjoyable. His efficiency and experience makes the process quick and easy. Laying down drum tracks can be a slow process but having Andrew Quinn on hand to do the drum tracks means that it will be done quickly and at the highest standard. Martin also provides the mixing and mastering services so I never have to worry about additional processes. It is better value this way and once Martin hands over the mix, the next stage is to release it!

To hear/purchase Sinéad's music or to connect with her on social media go to: www.sineadmcnally.com . You can also check out some of her music on SoundCloud at www.soundcloud.com/sineadmcnally

Sean Woods's latest release as 'Three Machines' was recorded using a laptop and 1 microphone in Australia, contributed to by musicians in Spain, Australia and Ireland and finally edited, mixed and mastered in JAM Studios Ireland. We talked to Sean about the project.