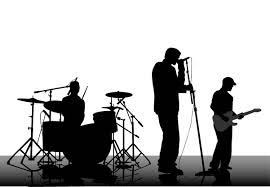 Sometimes you have to write a lot of songs in order to find the songs that are worth recording, or that fit together and give a band or album a certain style, direction or niche. Too much diversity in the songs means that the potential audience will not know what the band is about. It will also alienate listeners and reviewers who like some of your project, but because of the style diversity, they hate the other half. Letting a producer hear demos or rehearsal room demos of the songs, prior to getting to studio, will help weed out the weak songs.


9. Plan Mixing & Mastering in the Budget

For some reason some new groups who are not tuned into the recording process allocate spending 4 days on recording, but fail to allocate adequate time for the engineer to mix the project. If you spend 1 day recording a song there should be a minimum 3 hours allocated to the engineer mix each song. Mixing is hugely important as its where the track really tightens up and comes to life. It is a meticulous and often extremely time consuming process depending on the quality of the original recording.


8. Send your Vocalist to a Vocal Coach:

The general consensus is that vocal coaching is for classical singing – but it's the general discipline of teaching good control and moreso helping a singer eliminate bad habits (such as diction or falling off every note). If you can find a good vocal coach in your area it could pay off dividends. Remember, the element that average listener is drawn to in pop/rock music is the Vocal. The vocal is the single most important element of the song so not skimping on it is incredibly important.

In modern music it is expected that a song holds at the same BPM (except in quirky cases where a song purposely changes tempo). The drummer should practice A LOT with metronome. Pay particular care to going into and out of drumfills as theres a natural tendency to lose or gain time in these places. This will ultimately speed up the drum recording and also limit the amount of fine editing on drums before a recording session can move on – drum recording and editing can be time consuming.


6. Drummers: Buy/Borrow/Steal the best Cymbals you can get and hit them soft and sparingly

Adding a nice sample to a bad or badly hit snare is not a problem these days. But if you record with harsh or substandard cymbals there is nothing that can be done to change that fact at mixdown. As a rule for pop and rock, buy a quiet clear hi-hat and spend the most on this cymbal (its played the most). A Zyldijn New Beat is recommended.

Also, cymbals have the potential to ruin the drumsound if too loud in the room. Listen to the drums as you play and try to give your hi hat much less force that the hand playing the snare. This will ultimately lead to a far better drum sound.

For most rock styles choose drumsticks with wooden tips. For light styles and jazz choose sticks with nylon tips.

Finally, make your drummer listen to songs in the genre of music you are making. Notice how crash cymbals are generally used sparingly and in a planned regimented way. Some drummers like to hit a crash every 1 or 2 bars - but this is rarely a good idea


5. Demo your song at home first

Any humble computer/tablet is now capable of running multitrack recording software. If someone in the band is savy with Cubase, ProTools. Logic., Reaper or any DAW software then recording a rough demo of your track is a great way to get an idea of how the finished product may come out. It allows a band to sit back and think about additional overdubs and come up with backing vocals, different guitar lines and possible additional keyboard lines (if the song requires it). Good ideas are documented and bad ideas are tried and eliminated.


4. Have your guitars set up

50% of the time when recording guitar can be spent tuning them. The biggest problem is a guitar that is not in tune as the player moves up and down the neck. A guitar with this problem requires it’s intonation to be setup. There are numerous guides on the net but there are also lots of guitar technicians who will do it for you.

To give the engineer the best chance of getting a great drum sound put new fresh skins on. The skins should have as little damping as possible. Generally this means single ply heads, which will offer the most sound options as the engineer can damp down with tape or ‘moon-gel’, but not make a dead drum sound more lively.

There are a lot of resources on the internet about seating new drumheads and stretching them in. This is REALLY important so I suggest watching this: https://www.youtube.com/watch?v=l1cfRxKn4CI

if budget permits have your producer attend one or many rehearsals to shape the music and arrangements. Very often this will catch and fix problems like:

Plain and simple....the VERY most important thing to make recording smooth and painless and to get the very best out of the sessions.


Heres a good article from Wiki How on how to get your guitar in great shape for recording.